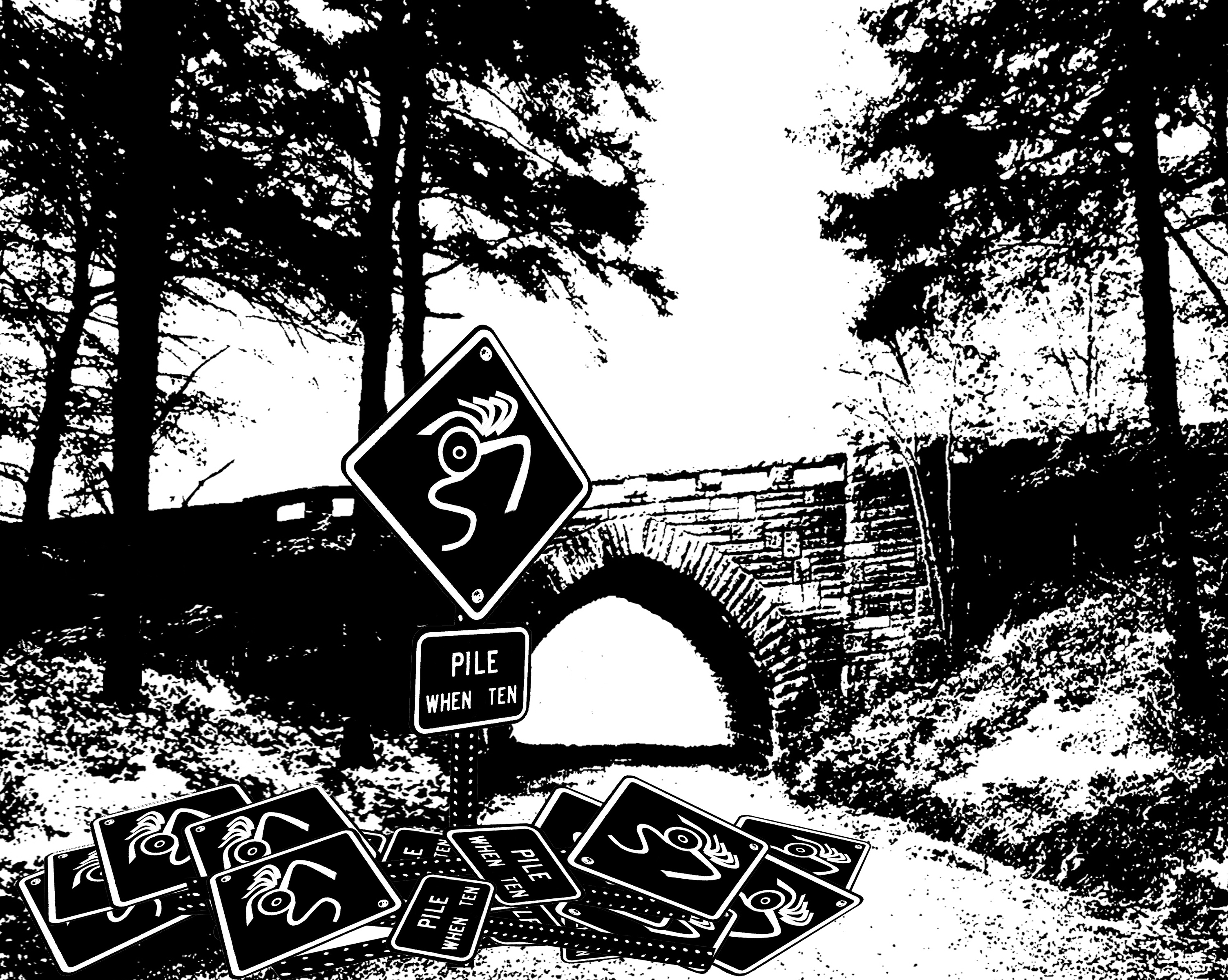 1  A Universe Alone
2  Assume That Joseph Is Joe
3  Revolution 999 (Lennon/McCartney/...)
4  Let's All Carve Some Pictures On A Rock
5  The Human Protractor
6  When Tipper Gore Knocked On Bill's Door
7  We're Going Over (Sterling/Grossman/Lange)
8  Adoramus Te (Giovanni Pierluigi da Palestrina)
9  From The Crow's Nest
10  Lucky Made Zeroman

As the title suggests, "Genre Party" is a conglomerate of styles and nonstyles of music and sonic sculpture.  Half of the pieces are based on melodies that came to Goff in his sleep.  Goff produced these recordings between December, 2015, and November, 2016.   Eight of these compositions first appeared on the internet site for experimental sound collaboration: "Tapegerm" (tapegerm.com).   Considerable gratitude goes out to Tapegerm's administrator, Bryan Baker, for continuing to maintain the Tapegerm site in recent years, and to all the contributors to the site's collection of sounds.  Thanks also goes out to Pedro Bericat, who first published "Lucky Made Zeroman" on the 36th CD of his "1 Minute Autohypnosis" series, through his Mute Sound label (mutesound.org).   Goff claims no rights to the interpretations of pieces on this album that were not originally written by him.  This album is a not-for-profit, non commercial, project.  Listeners seeking the most vibrant experience of this collection will benefit from using headphones.

3  "Revolution 999" is an interpretation of "Revolution 9" by The Beatles.  Goff selected this piece for this album because during the year it was released, 1968,  public and personal events were so disturbing to Goff's young mind that Revolution 9 seemed to perfectly reflect the fear and anger of the times.  In many ways, 2016 brought back to Goff those same feelings from 1968.
Sound Sources:
Midisoft MIDI Composing Tool, Korg R3 Vocoder/Synthesizer, Voice, Modified Tapegerm Sound Samples from Chris Phinney, Modified Sound Samples From Various Other Sources.

7  Quote from Tapegerm by Goff:  A disturbing interpretation of a song which was meant to prod young men in the USA to join the armed forces to fight in Europe during World War I.  Literally thousands of these songs were written in the second decade of the 20th Century.  "We’re Going Over" is just one of several penned by Andrew Sterling, Bernie Grossman, and Arthur Lange.  I know of at least one recording of this song, released by Victor Records in 1917, recorded by the Peerless Quartet.  Of course, my inspiration for recreating this piece lies in the fact that for years now, the USA has been sending its soldiers, weapons, (and now, its soldier-free drones) to muck around overseas, killing in the name of "liberty," and this vicious process only seems likely to escalate as two hawkish candidates vie for the US Presidency this fall.
Sound Sources:
Midisoft MIDI Composing Tool, Musescore MIDI Composing Tool, Voice, Peerless Quartet 78 RPM Record, Modified Tapegerm samples from Gabrielleschi.

10  "Lucky Made Zeroman" was the first recording Goff made on a Tascam 424MKII Portastudio Four-Track Cassette Recorder, a generous gift from Killr "Mark" Kaswan. Four microphones were placed throughout the Taped Rugs studio, routed through various devices to record vocal tracks.  The results were later mixed, Griffith bits added later.  This tape recorder also was used to record most of the Casio electric piano bits and some of the vocal parts that appear in other compositions in this collection (thanks Killr!).
Sound Sources:
Four Microphones (various types), Korg R3 Vocoder/Synthesizer, Yamaha FX 500 Effects Unit, Ibanez DM 1000 Digital Delay, Andrew Griffith Samples.